In the wake of the racially motivated murders of three black men and six black women by a young white man, some individuals are using this crime as a platform to claim that America is teeming with racism and that violence against black people is rising.

For example, Karen Attiah of the Washington Post wrote that this attack is a “deeply violent reminder that racism and white supremacy continue to course through America’s veins.”

Likewise, Dr. Patricia Williams Lessane of the College of Charleston wrote in the New York Times that “we African-Americans have no sanctuary,” face “increasing terror” on “a daily basis,” and are “terrorized by those who use Stand Your Ground to cut us down without a second thought.”

Such statements paint a distorted view of reality by drawing broad generalizations from anecdotes. In a nation of 320 million people with about 14,000 murders per year, there are many opportunities to advance false storylines by focusing on a small portion of the big picture.

Contrary to the notion that murders of African Americans are increasing, the latest and most comprehensive data on the race of homicide victims show that the murder rate of black people in America has dropped by more than 50% since the early 1990s: 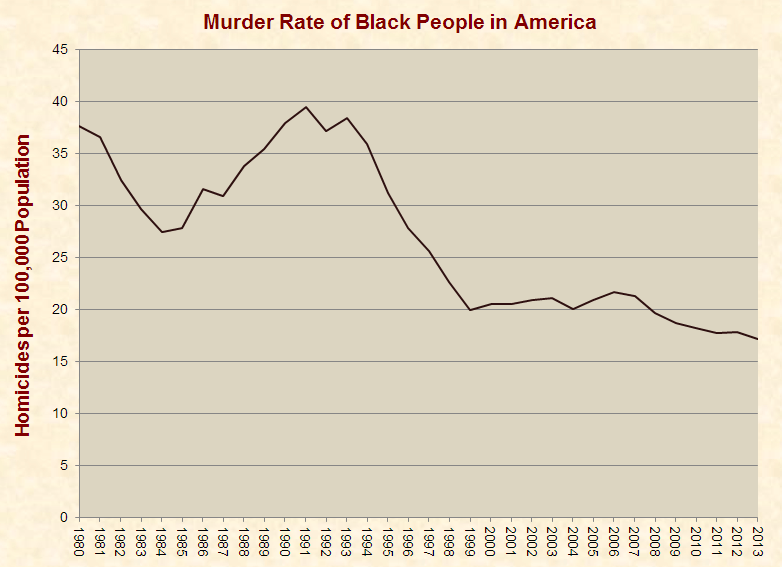 Furthermore, the latest and most comprehensive data on interracial murders show that they account for less than 15% of all murders, and that black-on-white murders are about twice as common as white-on-black murders: 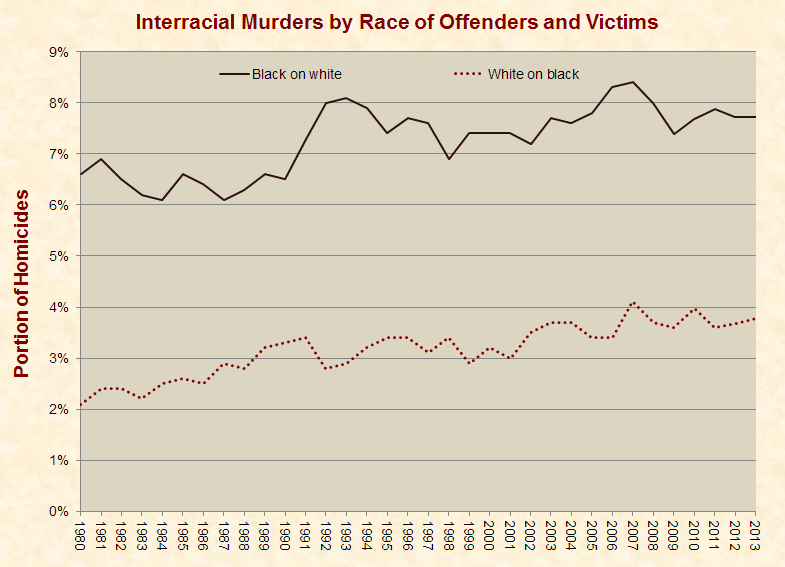 This same data also refutes the rhetoric of the Charleston killer, who apparently penned a manifesto in which he railed against “black on White” crime and declared that “segregation was not a bad thing” because it protected whites from “having to interact” with blacks and “being physically harmed” by them.

Hence, those who pin blame on any race in America for violence against another race are avoiding the much greater problem, which is people of the same races killing each other. Moreover, individuals who falsely accuse others of racism and violence are sowing the seeds of more hatred and bloodshed.

When people are misled to believe that they are being terrorized, some will inevitably strike back. This should compel all people to make sure they get the facts straight and challenge such slander as it arises.