Corroborating Stolberg, these pictures by Joshua Roberts of Reuters show a counter-protestor using a club to beat the face of an old man lying on the ground.

Likewise, this picture published by the Chicago Tribune shows a counter-protestor throwing a metal newspaper box at protesters. 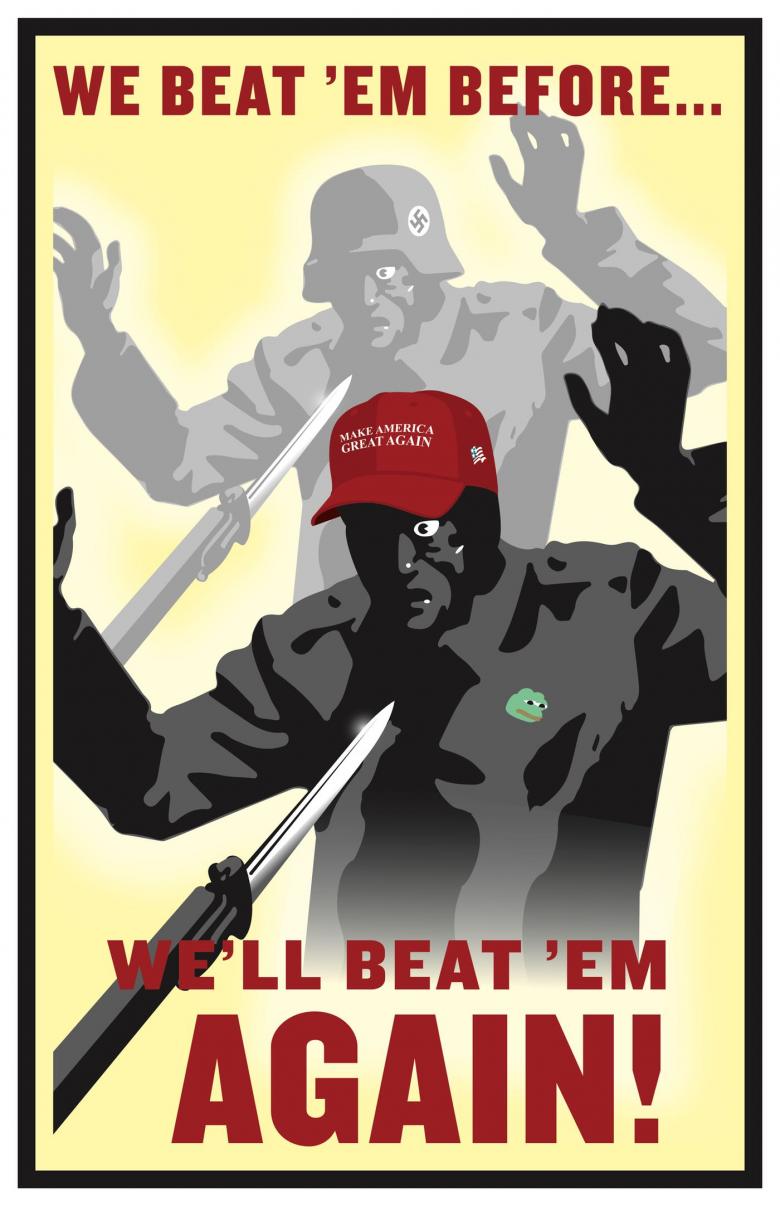