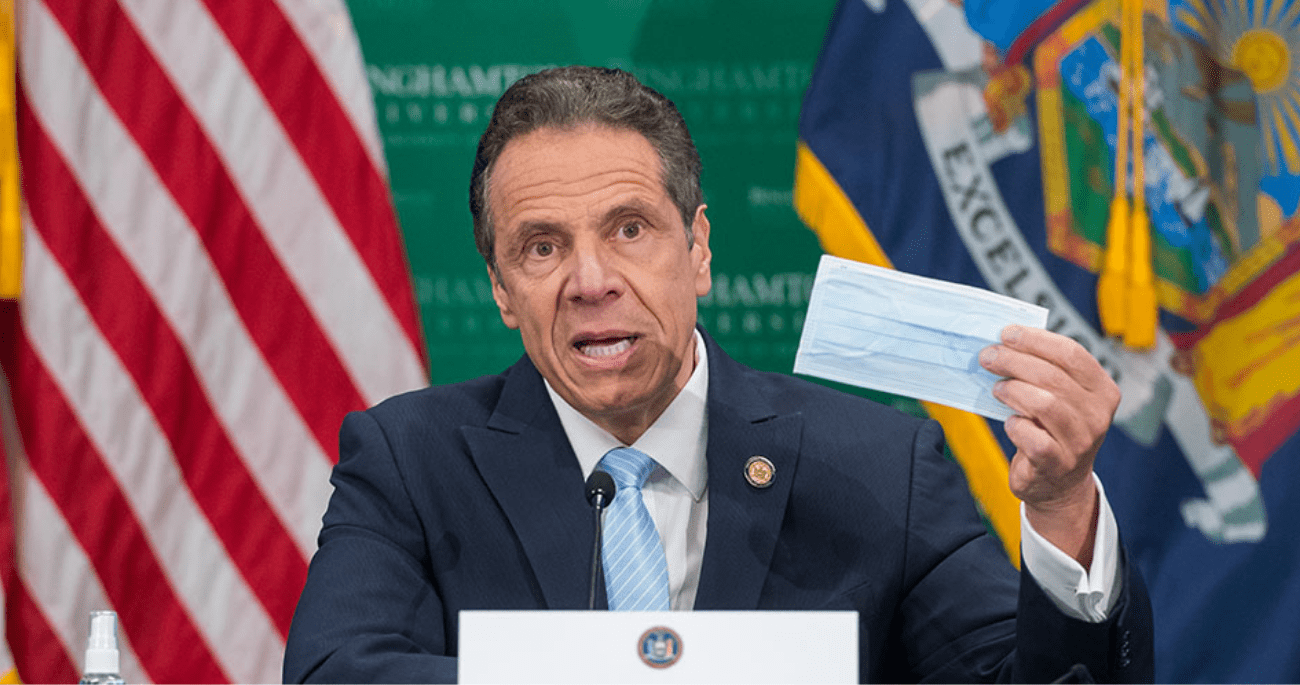 Wednesday morning on ABC’s The View, New York Governor Andrew Cuomo gave a factually misleading explanation for the thousands of people who died with Covid-19 in NY nursing homes.

After co-host Sunny Hostin praised Cuomo’s book Leadership Lessons from the COVID-19 Pandemic as “absolutely fantastic,” she said to the governor:

There has been a lot of confusion about an alleged March 25th order that directed nursing homes to accept in New York, infected Covid patients, possibly leading to the death of more than 6,000 seniors. Now you say in your book that that was a lie—that New York state never demanded or directed that any nursing home accept a Covid-positive patient. The Department of Justice however is now supposedly looking into this issue. Can you explain what really happened?

Yea, what a shock that the Department of Injustice sends a letter a few days before an election trying to advance a political theory. I was shocked and amazed that the Trump administration was capable of such a thing. Sunny, they have played politics on this from day one, right? They have done a terrible job on Covid from day one, and they want a counter-defense, and what they were saying was, “Well, a lot of people died in nursing homes in Democratic states. It’s not just New York, it’s all the Democratic states.”

If you look at how many people died in New York nursing homes, New York is number 46 out of 50 states in the percentage of deaths in nursing homes. The way the law works is no nursing home in New York can accept a patient if they don’t believe they can care for that patient adequately, and if they can do it within the safety of their facility.

So the conspiracy they’re trying to spread just has no factual basis. But yes, people in nursing homes died, and they’re playing politics with the issue, which I think is especially cruel because people who lost loved ones in a nursing home, they’re dealing with it, and now they also have to deal with the confusion or the pain of maybe government did this.

Hostin’s choice of words and Cuomo’s entire statement are incompatible with the facts of this matter. The Cuomo administration’s March 25th order is not “alleged” but a fact. This order explicitly states:

No resident shall be denied re-admission or admission to the NH [nursing home] solely based on a confirmed or suspected diagnosis of COVID-19. NHs are prohibited from requiring a hospitalized resident who is determined medically stable to be tested for COVID-19 prior to admission or readmission.

That mandate was at direct odds with two key scientific facts about C-19 that were widely known since the outset of the pandemic:

Including an estimated 18 days between infection and death, over 5,900 nursing home patients in NY were lost by the time Cuomo rescinded this policy. The fact that Cuomo repealed this mandate belies his claim that it did no harm.

Furthermore, Cuomo’s statistics on NY nursing home deaths are greatly understated because his Department of Health excluded people who caught the disease in a nursing home but died “outside of the facility.” Thus, Cuomo’s “official” figure may undercount the real one by thousands of deaths.

So in the face of proven scientific facts and crystal clear guidance from federal health agencies, Cuomo forced C-19 carriers into the vicinity of the people who are most vulnerable to the virus.

Cuomo and his surrogates then used a series of falsehoods to cast blame for his policy on others. Now, he is impugning people who would hold him accountable for his actions.