Politicians, activists, and college professors have made a virtual cottage industry of assigning blame for the national debt to various presidents, but the vast majority of these analyses fail to pass even basic standards of intellectual honesty or academic rigor. This is because they use misleading measures of debt or fail to account for primary factors that drive the debt.

The most common flaw of such analyses is that they assign debt to presidents while completely ignoring the effects of Congress. This is ironic given that the Constitution vests Congress with the powers to tax, spend, and pay the debts of the federal government. Bills passed by Congress to carry out these functions must either be approved by the President, or in the case of a veto, the bills must be passed by two-thirds of both houses of Congress. Thus, it typically takes three to tango on the national debt: the House, Senate, and President.

Nevertheless, Republicans point the growth in national debt under Obama without mentioning that they have controlled the House of Representatives for the past 22 months. Meanwhile, Democrats point to budget surpluses under Clinton while failing to mention that the national debt rose more rapidly under Bill Clinton with a Democratic House and Senate than it did with George W. Bush and a Republican House and Senate.

There are many ways to quantify the national debt, and no single measure accounts for every relevant aspect of it, but the ratio of gross national debt to the size of the U.S. economy (GDP) is a logical and evenhanded metric during times of low-to-moderate inflation. This is because it accounts for population growth, some effects of inflation, and the relative capacity of the government to service the debt. By this measure, Barack Obama with a Democratic House and Senate presided over the fastest accumulation of debt in modern history, out-borrowing George W. Bush with a Republican House and Senate at a pace of more than ten to one.

However, this too does not tell the whole story because other factors also impact the national debt, such as legislation passed by previous congresses and presidents, economic cycles, terrorist attacks, natural disasters, demographics, and the actions of U.S. citizens and foreign governments. As Obama and his supporters point out, Obama inherited a recession. Yet, they neglect to mention that so did Ronald Reagan and George W. Bush.

Assuming it can even be done, to isolate and accurately quantify the relative responsibility of specific people for the factors listed above and their effects on the national debt would probably require a book-length treatment of each factor. For these reasons, it is more informative to ask, “What is to blame for our national debt?” instead of “Who?” Here, we have some clear-cut answers in the form of federal data from various agencies, the full ranges of which are cited below.

U.S. Bureau of Economic Analysis data shows that from 2009 through 2011, the federal government spent about 50% more than it collected in revenues, amounting to shortfalls that are roughly twice as large as any since World War II (graph below). In 2011, federal spending (measured as a portion of GDP) was 17% higher than it has been on average for the past 40 years, while revenues were 9% lower. What are the components of these increased expenditures and reduced revenues? Here again, we have clarity.

With regard to expenditures, a rapidly increasingly share of federal spending has gone to social programs (such as Medicare, education, and food stamps), which now comprise more than 60% of all federal expenditures (graph below). Moreover, other than interest on the national debt, nearly all future long-term growth in federal spending projected by the Congressional Budget Office (CBO) stems from the “government’s major health care programs: Medicare, Medicaid, the Children’s Health Insurance Program (CHIP), and the insurance subsidies that will be provided through the exchanges created under the Affordable Care Act [a.k.a. Obamacare].”

These data on federal spending and revenues are the concrete causes of the national debt, and if one is looking for someone to blame or someone to remedy the problem, it ultimately boils down to those who have the most power to control these factors: American citizens who exercise their right to vote. 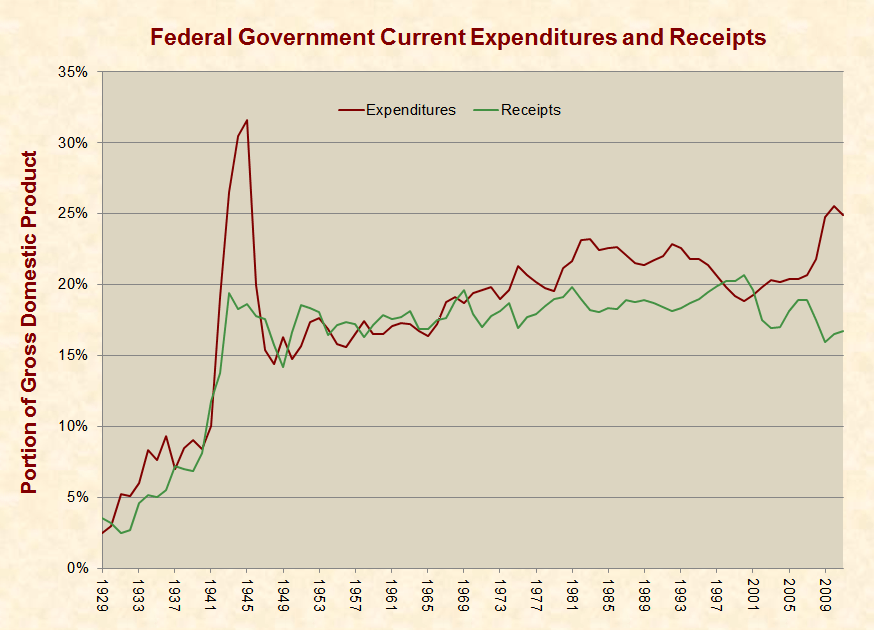 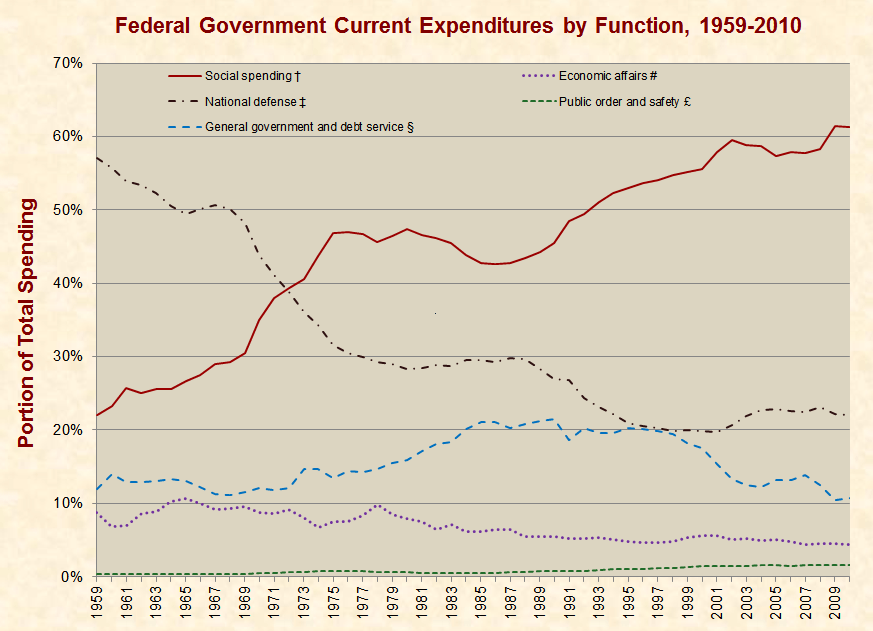 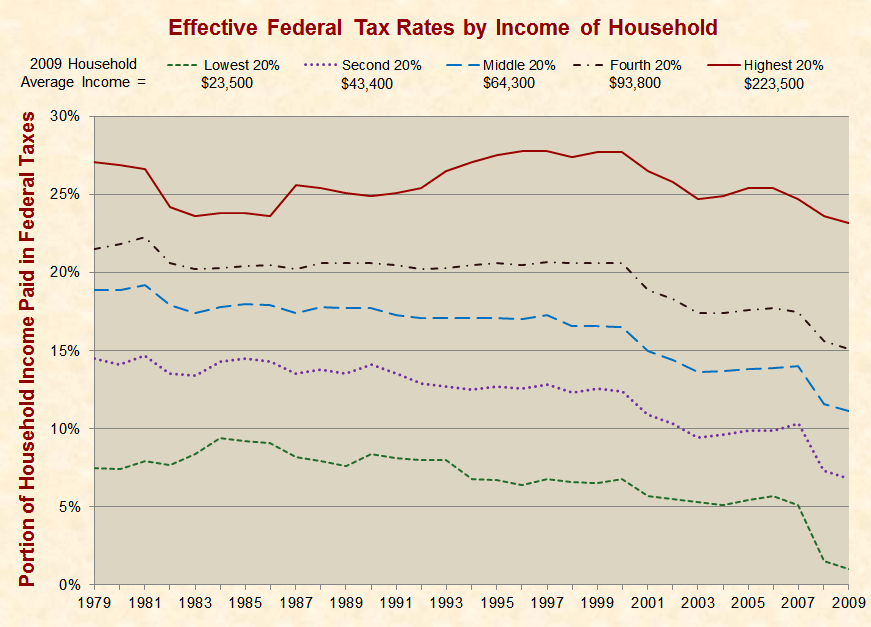