In the op-ed pages of last week’s New York Times, Warren Buffett again called for increased taxes on “the wealthy.” Buffett, whose net worth of $46 billion makes him the second-richest person in America, defined “wealthy” as those who earn more than half a million dollars per year or about .001% of his aggregate wealth. Buffett laced his arguments with explicit “outrage” and dramatic statistics about how the “ultrarich” pay federal tax rates “well below those incurred by people with income just a tiny fraction of ours.” Buffett’s figures, however, are based upon deceptive measures of taxes and income, which create a false impression that high-income earners pay a lower federal tax rate than other income groups—when in reality—the polar opposite is true.

Buffett distorts the truth about taxes via a two-step process. First, he entirely ignores corporate income taxes, which fall much harder on high-income earners. The effect of this lapse is evident in the Tax Policy Center’s estimates of federal tax burdens, which show that the federal corporate income tax burden on the top 0.1% of income earners is 10.7%, whereas this burden on the middle class is only 0.6%. By excluding these taxes, Buffett skews his figures to make it seem like high-income earners pay far lower tax rates than they actually do.

Second, Buffett uses two different definitions of income for his tax rate calculations, both of which artificially and significantly inflate the tax burdens of many taxpayers. Tax specialists explicitly warn that these narrow definitions of income (adjusted gross income and taxable income) cannot be used to accurately calculate tax burdens. For instance, the academic book Federal Taxation explains that using “taxable income” to compute tax burdens is a “bit misleading” and says “little about the true impact of a tax on the taxpayer.” Likewise, the Tax Policy Center cautions that adjusted gross income “is a very narrow measure of income” that will “understate taxpayers’ ability to pay taxes and overstate their ETRs [effective tax rates].” Nonetheless, Buffett skips back and forth between these two measures of income without regard for consistency and without regard for the fact that neither of them are honest measures in this context.

Relatively comprehensive estimates of federal tax burdens by the Congressional Budget Office (CBO) and Tax Policy Center both show that the wealthy pay a far greater share of their income in federal taxes than all other income groups. Buffett’s rhetoric advances a narrative that clashes with this reality, and his famous claim that his secretary pays a higher federal tax rate than him is based upon the same incomplete and misleading measures of taxes and income detailed above. The following graphs display the latest CBO data on federal tax burdens. Although there is always room for uncertainty in such estimates, there is not nearly enough uncertainty to make Buffett’s rhetoric remotely plausible. 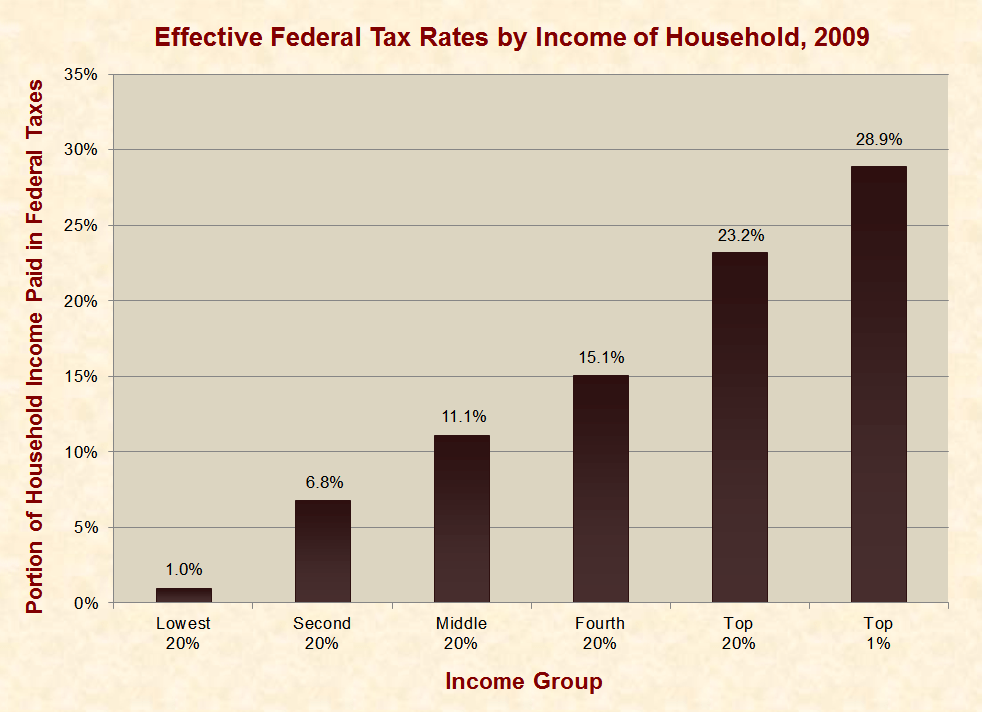 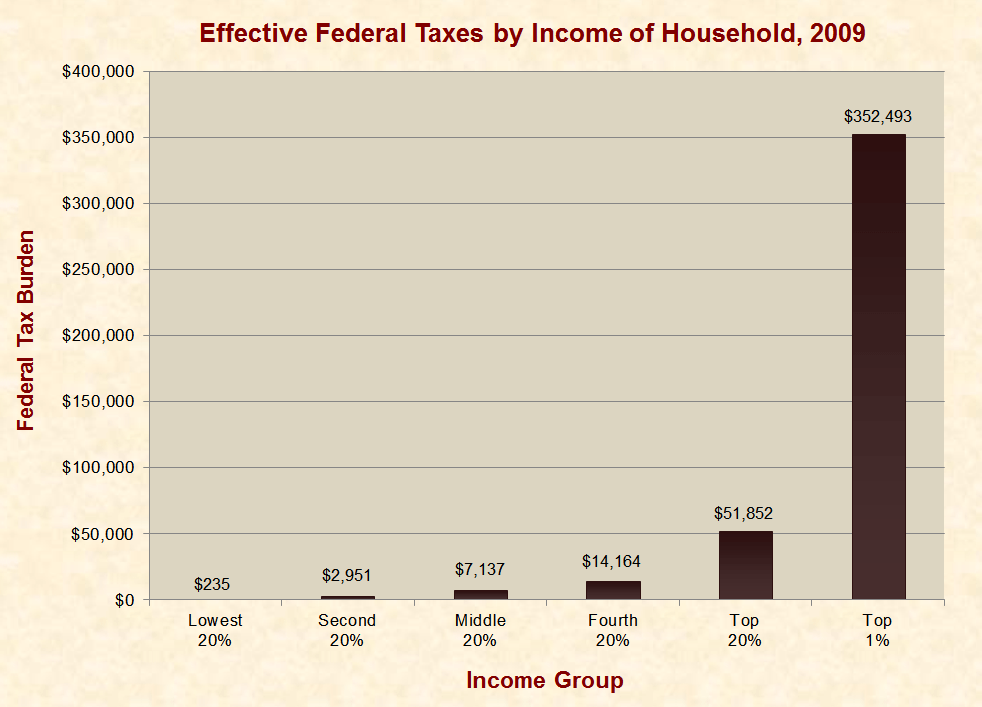 Buffett is not the only person to use these deceptive accounting methods. The Obama campaign, FactCheck.org, PolitiFact, and former Clinton Labor Secretary Robert Reich have all done precisely the same. Those reports (and many like them) have led to widespread misinformation among voters, which was recently measured in a pre-election poll commissioned by Just Facts. This poll found that only 17% of likely voters knew that the top 1% of income earners pay a higher federal tax rate than the middle class.

Beyond Buffett’s faulty accounting of tax rates, he makes three other materially misleading claims in this latest op-ed. These are detailed in the second part of this two-parts series, which is located here.